All over Europe and beyond, the social fabric of our towns and cities have been challenged by the death of traditional High Street.  In the early 2000s the wonderful medieval town of Bad Munstereifel was faced with exactly this problem on a cataclysmic scale.  Located around 60 km south of Cologne in central Germany, despite it’s medieval beauty, the summer tourist trade was not enough to support the many local businesses.  Like many other places, the local government and community of Bad Munstereifel had to come up some innovative solutions.

Thanks to a novel partnership between the city authorities and Retail Outlet Shopping, one of the biggest outlet village companies in Europe, Bad Munstereifel is thriving again.  It’s the perfect partnership between big business and a community that helps to sustain local businesses that would otherwise have no chance to survive.  This post will tell more about this charming town and it’s interesting survival project.  It will also give you the chance to meet Alex from the wonderful Le Petit Cafe – the perfect From Real People example of a small, independent business that is thriving as a result.

The town of Bad Munstereifel is located in the Southern part of the German state of North Rhein Westphalia.  The area was the site of a monastery from around 830. Over the years that followed a medieval town developed around the monastery.  In the 12th century, it was known as Monasterium in Eiflia while in later years the name became germanised as “Münster in Eifel”, then “Münstereifel”.   The “Bad” part (or bath in German) was added in the 20th century when it became a spa town.  The name was officially changed to “Bad Münstereifel” in 1976.

Probably the best way to get a flavour for the medieval atmosphere of Bad Munstereifel is by walking along the city walls.  You can walk various sections of the wall around the town and look down into the medieval streets.  It was also interesting to look out into the hills around the town and imagine what it would have been like to keep watch and protect the town from invaders.  We parked at the car park on Noethener Str and then walked into the town through the Wallgraben Promenade park.  From there we took the city wall from the West side right around to the Southern tip at Orcheimer Tor.

Thanks to it’s long history, Bad Munstereifel is a great place to visit and wander its Medieval streets.  From up on the city walls there are some parts of the path that take you among some of the older houses that are part of walls themselves.  You can imagine what life would have been like in the town hundreds of years ago – it was a living, breathing history lesson.  Down in the streets, the medieval feel has been maintained even with the renovation for the outlet village.  The River Erft bubbles it’s way through the middle of the town, adding to the quaint feel.

As you would expect given it’s medieval history, the town is full of historical architecture.  At every turn are beautiful, medieval buildings that just add to the wonderful atmosphere of Bad Munstereifel.  It’s definitely worth a visit to the Roman Catholic Church of Saint Chrysanthus and Daria.  The church’s history goes back as far as the original medieval monastery.  The church itself dates back to the 11th Century and it was fully restored in the 1890s.  Also check out the Rathaus (Town Hall), a gorgeous red building in the heart of the centre.

Rejuvenation of Bad Munstereifel with the Outlet Opening

The decline of the town was halted through an innovative project that saw the opening of City Outlet Bad Münstereifel in August 2014.  Mayor Alexander Büttner gave a speech at the ribbon ceremony that highlighted the importance of the project for the people of Bad Munstereifel.  With the decline of spa guests, as well as reduction in the number of people visiting the town they had to find a way to get more visitors to the city.  Without it, many local, independent businesses faced an uncertain future.  The opening of the outlet not only secured the future of most of these local businesses but it also created 250 new jobs, a number that continues to grow.

Most Outlet Villages are either out of town or are built on old industrial sites.  Either way, they are normally stand alone centres that don’t give much chance to involve local businesses.  The situation at City Outlet Bad Munstereifel is truly an innovative approach that has a very positive effect for other local businesses.  More than 40 different shops are dotted throughout the town centre including Camel Active, Jack Wolfskin and Tom Tailor amongst many others.  When visitors come to the outlet that also bring customers to all the other local shops, cafes and restaurants.  It’s a great model to help sustainability for the whole community.

A great example of a locally owned business that benefits from the existence of the outlet village is the cute little cafe, Le Petit.  This lovely, family run cafe is located on the Entemarkt in the centre of Bad Munstereifel .  You can easily find it on the right side of the main street next to the River Erft.  The cafe looks cool and interesting from the outside with it’s grey front wall and the Le Petit sign on the front.  If the weather is nice there are seats outside where you can soak up the atmosphere of the town.  There are also lots of seats inside both on the ground floor and also the first floor.  If it looks full, take a look inside and ask the staff rather than just moving on somewhere else.

Meet Alex – A Perfect Host in His Old Family Home

The owners of Le Petit are brothers Alex and Michael.  When we were in the cafe, Alex was looking after things and he was the perfect host.  I really enjoyed chatting to him and finding out more about the story behind the cafe.  The site of the cafe is Alex and Michael’s old family bakery.  It was open for many, many years before it closed a number of years ago.  Normally, it would not have been financially sustainable to open a new business but thanks to the opening of the outlet village the brothers were able to reopen their family business as a lovely cafe.

Inside, Le Petit Cafe is an oasis of calm and serenity in the middle of the hustle and bustle of the busy shopping street outside.  There are 3 main seating areas.  The first one is outside in the sunshine, assuming of course there is some nice weather.  Our trip was in April so we headed inside for some warmth.  Inside there is a nice area on the ground floor and then a lovely peaceful room up on the first floor with a few tables.  The staff will come and take your order but you will probably want to order at the counter where you can see all the lovely cakes on offer.  They also mostly speak English so don’t panic if your German isn’t so good.

The main event at Le Petit is the stunning selection of cakes.  We had a lovely Raspberry sponge, a Caramel cake and some gorgeous Chocolate cake.  I tried a bit of each and they were all amazing.  The cafe had a good selection of cakes and muffins to choose from, we only wished that we could have tried more of them.  Thankfully, Bad Munstereifel isn’t so far away so we will definitely be back.  The coffee (a Caramel Latte) was lovely and Alex also had a great selection of Tea, which was perfect for my Earl Grey loving Mother-in-law.

Other Things to Do Near Bad Munstereifel

Bad Munstereifel sits in the heart of the Eifel National Park.  The area offers loads of interesting things to do in some spectacular countryside.  It’s only a short car or train trip from Bonn or Cologne so makes a perfect day out.  The Eifel National Park has lots of information on their English Website on other activities in the area.  It’s also worth visiting the nearby Ahr Valley, which is one of the least know but most wonderful Wine Regions of Germany.  My favourite Mother-in-law also came on a trip there – if she approves it must be good.

One of the activities that the Eifel National Park is very well known for is hiking.  Every weekend people from all over Germany flock to this part of the country to enjoy their love of walking (or Wandern as it’s called in Germany).  As you can see by the picture below, it’s something we often do ourselves.  It’s fun, it’s social and we get to learn more about this wonderful country that we call home.  I have my own local walking expert so feel free to drop me an email if you want any help planning a route.

While driving around the local countryside, we literally stumbled across the enormous Radio Telescope Effelsburg.  Built in 1972 with a diameter of 100 meters, for 29 years it was the largest fully steerable radio telescopes on earth. The technology has been continually improved over the years to include a new surface for the antenna-dish to give better reception of high-quality data it is still one of the most advanced modern telescopes in the world.  The telescope is about 11 km to the South East of Bad Munstereifel and definitely a place you shouldn’t miss if you are in the area.

In the summer time the fantastic Erlebnis Welt Eifeltor open an amazing summer toboggan ride that runs almost 700 metres through the countryside.  The cost of a run is 2 Euro for children under 11 and then 2.20 Euro for adults. They do all sorts of great deals for buying multiple tickets. This includes 6 runs for 11 Euros, 24 runs for 43.20 and even 50 runs for 83 Euros (all adult prices). The sledges are pretty easy to operate, just brakes on and brakes off, you really can’t go wrong.  The park has a lovely restaurant as well as crazy golf and various other exciting activities.  There’s even a huge indoor play park for small children. You can read more about this fun place in a previous post I did about a day out in the Eifel. 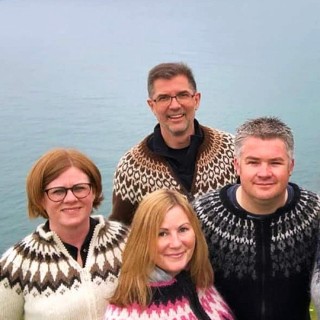